Where there's smoke, there's fire, right?
I never thought I'd be so lucky...I love what I do.
becoming a ceramicist has been a process...messy...and fun!

I couldn't have done it without Al, whose famous first words were:
"...go ahead...why not take a pottery class? ...you might like it..."
Having a partner who likes pulling red-hot ceramics from the raku kiln
is like winning a lifestyle lottery.

This is a photo of an early raku firing at the Spirit Line Pottery studio.
That's Al with the welding tongs, in January of 2014. 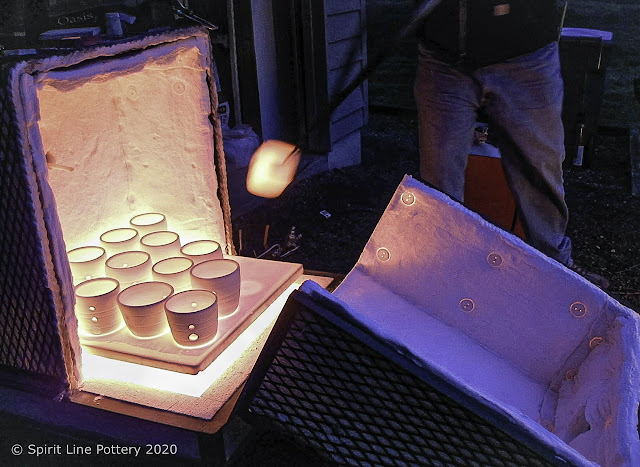 I'm Kate, a self-taught potter in the wilds of the Pacific Northwest
who makes 'ceramic homes' for orchids
and their adventurous owners!

I started in the summer of 2011,
with a few electric wheel lessons
in a professional clay studio.
I learned to love southwestern style terra cotta objects.

Soon, I got a funky, post modern kick wheel on craigslist.
It was a gorgeous wooden beast,
with a built-in bench seat that was oddly tall.
I would've felt like queen of the garage up there,
if only it had been level.
Instead, the post modern pottery beast groaned and rocked when I kicked,
and made a knocking sound against the concrete . . .
. . . which caused the dog to bark at the front door!


I fell in love with it anyway, and began throwing with such joy...
...followed by kicking...lots of kicking.
I changed shoes and became a potter obsessed with getting up-to-speed.
Soon, my joyful abandon
had turned into an epic post modern grudge match.

As the "week of the beast" progressed I tried desperately
to achieve the RPMs necessary to raise a pot up.
My left leg was bored, my right leg was tired,
and my head swam with ideas of converting
the round kicker mechanism below to a bicycle style pedal system.

I tried cleaning the long center spindle with WD-40...
meanwhile, the floppy little spoon rests were adding up fast.

I was learning why the beast had been such a bargain,
there was no 'splash pan' . . .
that big plastic tub under the turn table that keeps the potter dry.
After a week of mudwrestling,
the post modern pottery beast went down the road --except this time it was free.

I found a used electric wheel on craigslist that was only 15-years old.
This changed the shape of my work from lumpy forms to functional objects;

. . . but everything changed when I heard about firing raku.


We went downtown to Seattle Pottery Supply for the raku firings for a year.
Found this raku kiln on craigslist in 2013, and still love it.
We like the way it splits open on hinges for removing red-hot pottery safely.
The photo below shows the raku kiln's heavy steel cage and fireproof batting underneath.


We made these for a live art exhibit @
the Northwest Flower and Garden Show, February 2014,
for the NW Orchid Society!


These 4.5" tall O-Pots were designed with 2-holes to hang on this wire frame.
This was the beginning of custom design service @ the studio
We offer free design services on our CUSTOM DESIGN page @ Spirit Line Pottery. com

https://www.spiritlinepottery.com/CUSTOM-DESIGN.html
Labels: U OF RAKU
Seattle, WA Seattle, WA, USA
Spirit Line Pottery
I'm Kate, a potter in the wilds of the Pacific Northwest who makes unglazed pots for orchids and their colorful owners!!! 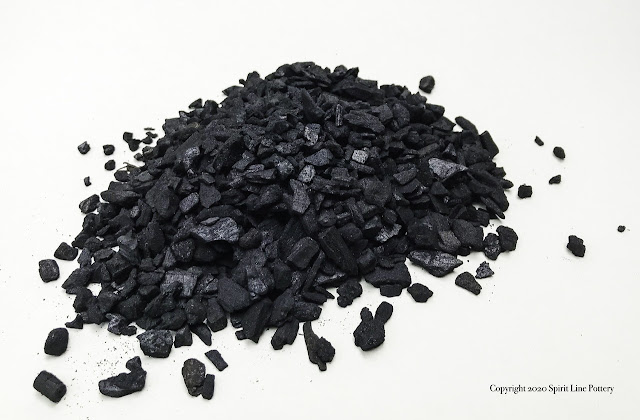 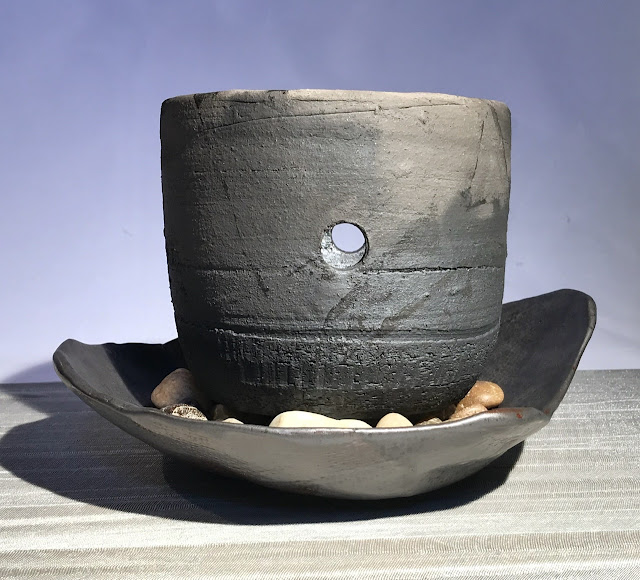 U OF RAKU II 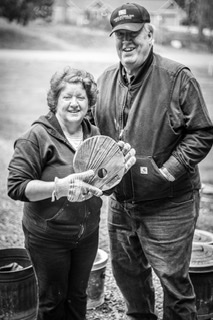 Spirit Line Pottery
Seattle, WA, United States
I'm Kate, a potter in the wilds of the Pacific Northwest who makes unglazed pots for orchids and their colorful owners!!!